Cultivation of the vine since Roman times

In the heart of Beaujolais, very close to Burgundy, generations of vineyard owners have ensured the planting, the maintenance of their vines, and the creation of their wines, starting many a generation ago. The slopes of the Cote du Py were planted first, for they were in fact not far from the Roman road, which was the main road connecting Burgundy with the Rhone Valley. It was here,  in 1852 that Philibert Savoye bought his first vineyard,  when the family had settled on the Côte du Py. The vines were transmitted from father to son, with a constant concern for attention, the desires to do well, and the quality of the wine produced on the estate.

The vines on the hillsides of this magical place rest on primitive foundations rich in silica, ferrous oxides, clay, and limestone. It is the terroir where the Gamay grape flourishes, and ideal for making wine in small quantities. With the powerful and typical aromas of kirsch, ripe fruit, and kernels, it’s an archetypical Morgon which is made to grow old. This 2007 is just about entering its drinking window. Still young in fruit, but with a softer structure. Winemaker by heart Pierre Savoye has always made it a point to master the entire process from A to Z: culture, vinification, bottling, and sales. Now, semi-retired, the reigns over the vineyard are left to the younger generation but Pierre is still vinifying and bottling around 20% of the harvest himself. Just enough to secure a small allocation for the Netherlands! 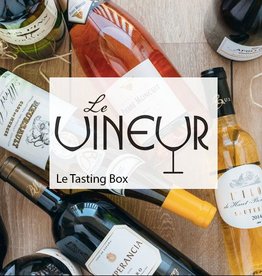 Tasting Box with every quarter 6 new bottles of wine, delivered to your home.
Add to cart
Le Tasting Box
€59,95
Please accept cookies to help us improve this website Is this OK? Yes No More on cookies »